It takes a community to feed a child.
home
about us
our team
contact us
updates & blog 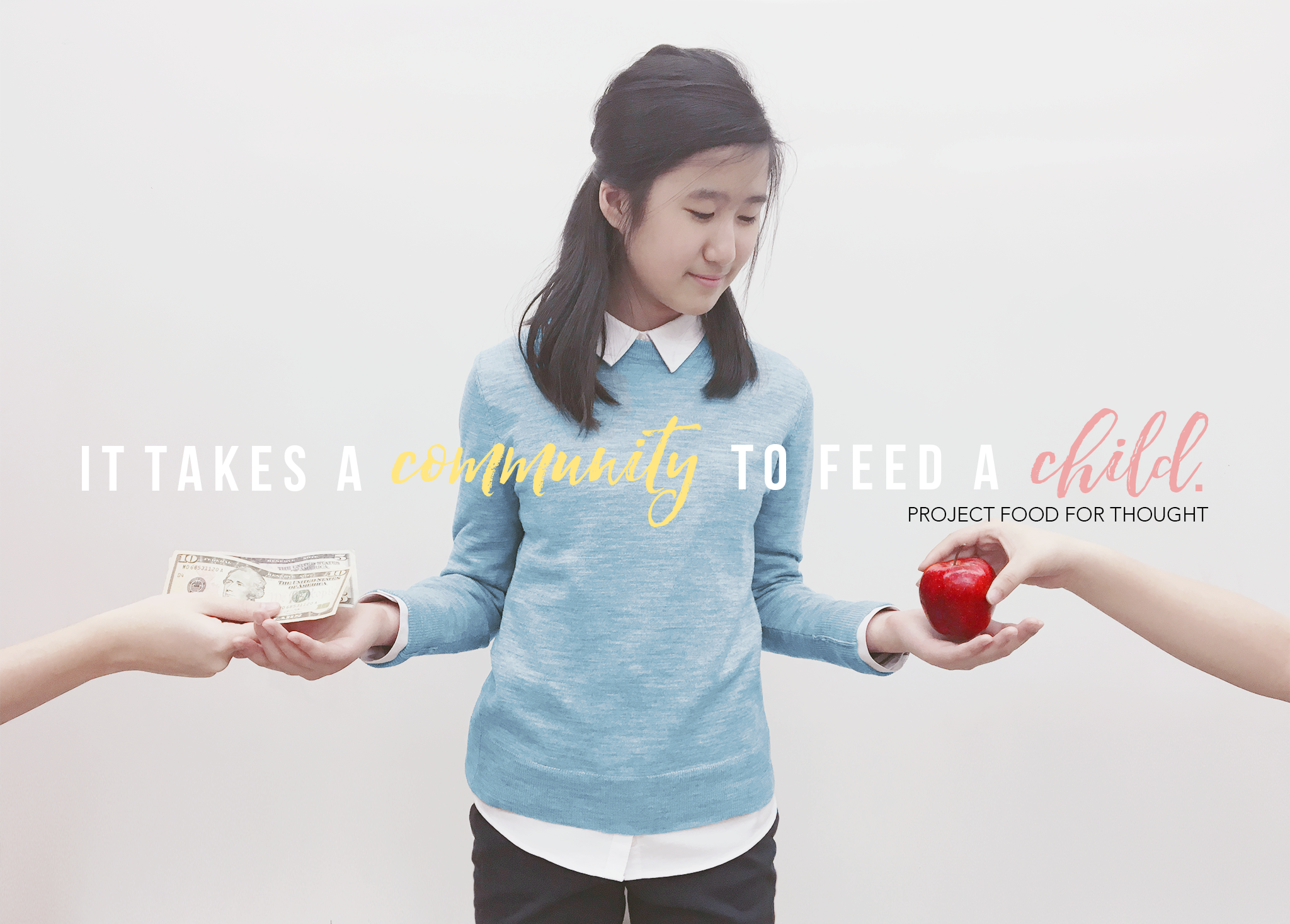 New York City is filled with restaurants, pubs and food trucks at every corner; yet the number of missed meals as a result of poverty in New York alone is 242 million meals per year, and ever increasing. The overwhelming show of food and wealth makes people forget that hunger and food insecurity are still significant problems for many. Food security is defined as the ability to access enough food to live a healthy, active life at all times. According to a Feeding America 2015 census, 13 million children in the United States live in food insecure households and some New York counties have food insecurity rates as high as 18%. Approximately 1 in every 5 children in New York City depend on soup kitchens or pantries. Many of our peers do not know where their next meal will come from, and the unforgiving school lunch system does not provide the security a child should receive from their learning environment.

Project Food For Thought aims to find a way to install a Pay-It-Forward system, where families can contribute to a common fund while refilling their own children's school lunch accounts. Children in need can then draw funds from this account at lunch time, rather than go hungry.

By establishing this system, we seek to spread awareness and help those in need through the community. Food security is vital for a child’s health, both physically and mentally; we hope that soon, every child will find the food security that they may lack at home guaranteed at school.

Food For Thought is a project created for the Peace First Challenge. It is "a global call-to-action to all young people to join a community of peacemakers dedicated to finding compassionate solutions to the world’s problems."